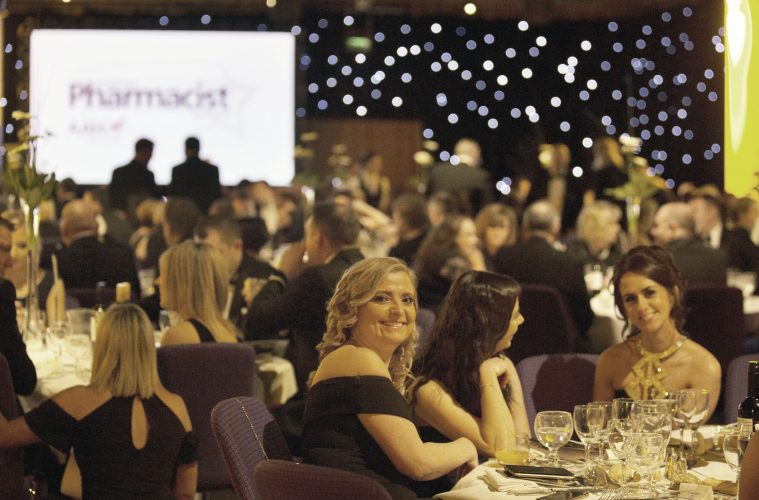 Edinburgh International Conference Centre was the fantastic venue for the highlight of the pharmacy year: the Scottish Pharmacist Awards, which were held on Saturday 24 March.

Every year the awards provide the opportunity for the pharmacy profession to recognise and celebrate the achievements of both individuals and pharmacy teams and every award ceremony showcases a fantastic range of projects and initiatives.

The evening’s MC, Dougie Vipond, set the tone for the evening by introducing a video, which was to be the perfect backdrop for the evening’s events. The video featured a range of community pharmacists, who talked about the vital role that community pharmacy could play – particularly through initiatives such as Pharmacy First – and also featured patients, who spoke about how much they valued the service that their local pharmacy played in the community.

The video also featured Community Pharmacy Scotland Chief Executive Officer, Prof. Harry McQuillan, who stressed the fact that community pharmacy could be vital in relieving the pressure on the NHS.

Following the video, Dougie Vipond welcomed to the stage Rupert Newman, Sales Director at Celesio UK, which forms part of the main event sponsor, AAH Pharmaceuticals. Rupert began by thanking Scottish Pharmacist for their efforts in rescheduling the event, which was originally scheduled for 3 March, but which had to be rescheduled due to the ‘Beast from the East’, which had led to travel difficulties and transport problems.

In his speech, Rupert focused on the changes that were both taking place within community pharmacy in Scotland and on those additional changes which were still needed, highlighting the importance of Scotland’s service-led contract and the unique contribution that pharmacy can make to healthcare given its unique accessibility on the high street.

‘We know,’ Rupert said, ‘that there are great opportunities for Scottish pharmacies. There is a clear and positive strategic direction for the profession, demonstrated by recognition from Government and representative bodies that pharmacy has a significant role to play in the health of the Scottish nation, working in partnership with other parts of the NHS to achieve pharmaceutical excellence.

The Scottish Pharmacist Awards recognise the outstanding work performed by individuals and teams across Scotland.

In an evolving healthcare environment, it is important today to highlight the contribution that pharmacy makes by adapting and enhancing care in the NHS, improving the health of patients and the local community it serves.’

Once the speeches were over, it was time for the main event of the evening – the presentation of the awards to those, who had gone that ‘extra mile’ over the course of the year in the provision of pharmacy services to patients.

Collaboration was also the name of the game for the winners of the Working in Partnership Award, with Laura McKinnell and her team from LloydsPharmacy in Cumnock working closely with the local GP surgery in a new and exciting project, which integrates the work between primary and secondary care to enhance the link between the community pharmacy sector and hospital setting.

Lauren Clarke and her team from Davidsons Chemist, Forfar took to the stage twice on the evening, firstly picking up the Community Pharmacy Service Initiative Award as a result of their participation in a vital phase of development work for the HCV service, and secondly to pick up the highly-coveted Community Pharmacy Team of the Year Award.

Prevention, as they say, is always better than cure and so health promotion is increasingly taking centre stage in community pharmacy. The winner of this year’s Health Promotion Award – Deans Pharmacy in Wishaw – provided an excellent example of the benefits of promoting ‘wellness’ thanks to their smoking cessation initiative involving pupils from a local high school.

Innovation is, of course, a main factor in driving pharmacy services forward and so, perhaps unsurprisingly, competition for the Innovation in Pharmacy Practice Award was rife. It was obvious that it would take an outstanding initiative to walk off with this award and The Right Medicine Pharmacy certainly produced that in the form of their unique monitored dosage system to nursing homes. The company is also the first site in the UK to launch a trial of the new Biodose Connect solution, an innovative self-medication management solution which will benefit people, who are living independently in the community.

The penultimate award – the Pharmacist of the Year Award – was presented to Calum Murray from Alness Pharmacy. Calum was a more-than-worthy winner thanks to the drive, energy and enthusiasm he displays for every aspect of his work and for his desire to empower those around him to provide the widest range of healthcare services possible to the local community.

The gala evening closed with the presentation of the Outstanding Contribution accolade to Scottish pharmacy stalwart, Charles Tait, for a body of work that has seen him operate at both a local and national level for almost three decades.

‘As well as the national and strategic roles that Charles has undertaken over almost 40 years,’ Professor Harry McQuillan said in his citation, ‘his tremendous contribution to young student, pre-registration and early years pharmacist development should also be highlighted.  Charles would list his greatest career achievement as the number of preregistration students who have gone on to contribute to the pharmacy profession and the number of patients who still stop and ask for advice, even in the middle of Ayr High St!’

With the formalities over, everyone spent the rest of the evening networking and congratulating the winners. Of course, the whole event would not have been possible without the support of the sponsors, many of whom have provided consistent and highly-valued sponsorship for a number of years now.

Our main sponsor, AAH Pharmaceuticals, has consistently helped us to recognise the strengths of Scotland’s community pharmacy, and we thank them for that.

In addition to recognising the great work being done in Scottish pharmacy, the Scottish Pharmacist Awards also raised much-needed funds for their charity partner, The Stroke Association Scotland. An amazing £2,265 was raised on the evening for this great charity which does so much for those affected by stroke throughout Scotland.

Congratulations to all our Scottish Pharmacy Award Winners…

supported by Accord Healthcare

Pharmacy Team Member of the Year

Independent Prescriber of the Year

Pharmacist of the Year

Community Pharmacy Team of the Year 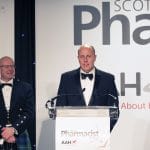 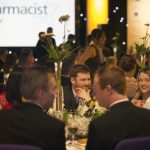 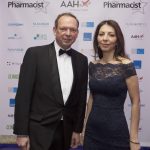 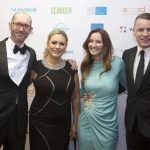 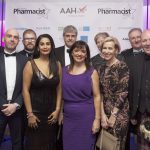 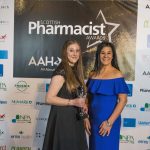 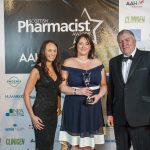 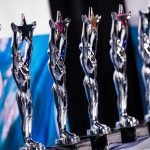 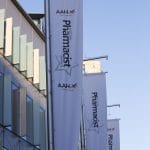 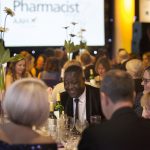 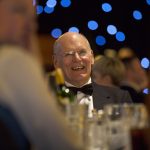 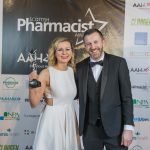 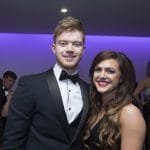 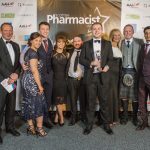 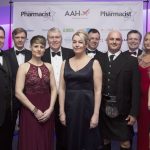 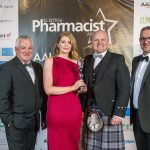 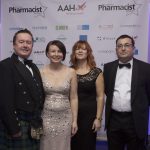 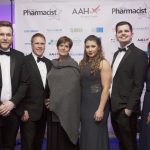 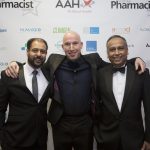 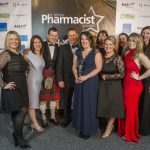 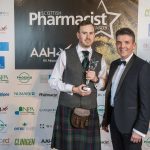 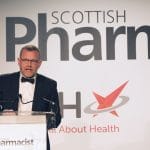 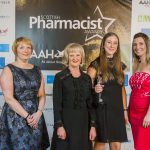 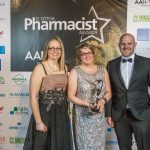 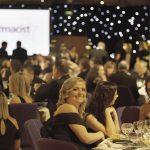