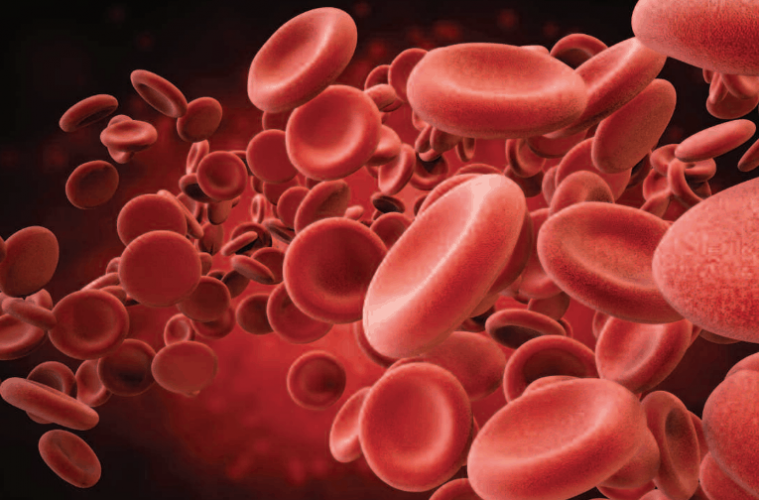 Atrial Fibrillation [or AF] is the most common heart rhythm disturbance. In 2017 it was estimated that, of the 1.36 million AF cases in England, 474,000 of them were undiagnosed. The prevalence of AF in Northern Ireland at that time was said to be 1.8% of the population. Across the UK, there are approximately 12,500 strokes each year. AF makes ones risk of stroke five times higher than would otherwise be the case, and an AF stroke is twice as likely to cause death.

In order to reduce risk of stroke in those diagnosed with AF an assessment of the need for ongoing anticoagulation will be made, using the CHA2DS2-VASc scale.

If the resultant score is 2 or more, the clinician will discuss with the patient the use of anticoagulants. This discussion can be aided using the Decision Support Tool from NICE. This online tool encourages partnership between patients and healthcare professionals when reaching a decision about the use of anticoagulants to reduce the risk of stroke, balanced with the risk of suffering a bleed.

There are five oral anticoagulants licensed for use in the UK: warfarin, apixaban, dabigatran, edoxaban, and rivaroxaban. Warfarin remains as the sole Vitamin K antagonist [VKA] whilst the remaining four agents are referred to as New Oral Anticoagulants [NOACs] or, more recently as Direct Oral Anticoagulants [DOACs]. Any one of the four may be prescribed within their licenced authorization, instead of warfarin for those with AF, in order to prevent stroke. The 2018 European Society of Cardiology guidelines note that DOACs have emerged as the preferred choice, particularly in patients newly started on anticoagulation.

NICE has also approved the four DOACs for preventing systemic embolism and as options for treatment of Pulmonary Embolism [PE] and deep vein thrombosis [DVTT], and prevention of recurrent DVT and PE in adults after diagnosis of acute DVT. 6.

In addition, apixaban, dabigatran, and rivaroxaban have been approved by NICE as options for the prophylaxis of venous thromboembolism in adults after elective hip or knee replacement surgery. Rivaroxaban has also been approved as an option for prophylaxis of atherosclerotic events (with aspirin alone, or with aspirin and clopidogrel, or ticlopidine) for people with coronary heart disease and after an acute coronary syndrome in people with elevated cardiac biomarkers. It is also indicated for people with symptomatic peripheral artery disease at high risk of ischaemic events.

DOACs have an improved efficacy/safety ratio, a predictable anticoagulant effect without need for routine coagulation monitoring, and fewer food and drug interactions compared with VKAs [warfarin.] This is based on data from randomized control trials [RCT] together with real world evidence [RWD]. That said, individual DOACs have their own unique characteristics which help determine in what circumstances they are prescribed. In terms of mechanism of action, apixaban, edoxaban and rivaroxaban are all factor Xa inhibitors whilst dabigatran is a direct thrombin inhibitor.

Besides the appropriate diagnosis, the other elements for a prescriber to consider before choosing / recommending an oral anticoagulant,
will include:
• Risk of bleeding [HAS-BLED score]
• Renal function, measured as creatinine clearance
• Hepatic function
• Active clinically significant bleeding
• Current existing medication [eg enzyme inhibitors or inducers]
• Pregnancy or breastfeeding
• Age

Unlike warfarin, the DOACs do not need regular INR monitoring. However, regular follow-up and monitoring is still required, at least annually, to assess compliance; enquire about the presence of any adverse effect eg bleeding; assess for the presence of thromboembolic events. Eg symptoms of stroke, or breathlessness which might suggest a PE.]

The most common adverse effect of anticoagulants is bleeding. However, whilst there is an antidote for warfarin in the form of vitamin K, amongst the DOACs an antidote only exists for dabigatran. Management of a bleeding event in all other cases must take place in secondary care and consists of stopping treatment and general haemostatic measures. These include mechanical compression and surgical haemostasis with bleeding control procedures, fluid replacement and haemodynamic support, blood products or platelets. One product used in such situations, often in hospital protocols, is PCC or Prothrombin Complex Concentrate.

Patients taking warfarin are wellversed in carrying information about their anticoagulant therapy, to alert any healthcare provider about their treatment. It is equally important that those treated with DOACs carry details of their therapy too, and indeed the respective manufacturers provide such alert cards in each of their cartons of medication. [It is a recommendation of the ESC that a card of uniform design be adopted instead.]

It is critically important to educate patients at every point of contact possible with a healthcare professional, about their dosage regime, whether once daily or twice daily, the importance of presence of food (as with rivaroxaban 10mg/15mg/20mg), etc. It is important to reinforce the importance of strict adherence to the prescribed dosing regime, how to deal with any lapse in dosing, and to be careful not to leave medication behind when travelling. That said, evidence from RCTs and RWD suggests that many patients on DOACs often need less monitoring due to the reduction in intracranial haemorrhage and other major bleeds.

Strict adherence to DOAC intake is crucial as its anticoagulant effect wanes within 12-24 hours after last intake. 15. DOAC plasma levels as well as general coagulation tests cannot be considered as tools to monitor adherence since they only reflect intake over the last 24(-48) hours and the measured level is heavily dependent on the time between last intake and sampling. The absence of a need for routine plasma level monitoring (some kind of equivalent to INR measuring) means that DOAC patients are likely to be less frequently seen for follow-up compared with warfarin patients. However there are arguments in favour of regular followup assessments for patients on DOACs, particularly in case of relevant comorbidities such as renal failure, older age, multiple comorbidities or frailty. 16.

People taking any anticoagulant should be advised:-
• To seek immediate medical advice if spontaneous bleeding occurs and does not stop, or recurs. This includes bruising, bleeding gums, nosebleeds, prolonged bleeding from cuts, blood in urine or stools, haemoptysis, subconjunctival haemorrhage, and vaginal bleeding in postmenopausal women.
• To seek medical advice if they get sudden severe back pain, which may indicate spontaneous retroperitoneal bleeding.
• Not to take, or apply, over-the- counter medicines such as non-steroidal anti-inflammatory drugs.
• What to do if there has been a missed dose or if a double dose had been taken.

There is a very clear role for the community pharmacist in the care of anticoagulated patients. We are all very familiar with how that looks and sounds when the anticoagulant is warfarin, but perhaps less so when it’s one of the DOACs.

Here are some suggested actions:-
• Reinforce dosage and regime with each new supply of DOAC.
• Must take rivaroxaban with food, otherwise there’s a 66% reduction in absorption, hence under- coagulation.
• Open discussion on patient’s experience of missed doses and how to proceed if that should happen in the future.
• Check if they have had any experience of unusual and/or uncontrolled bleeding and how they have dealt with that.
• Ensure they know what signs they are looking for indicating a hidden
bleed eg urine, stools, back pain.
• Reinforce that, should they have an accident and hit their head, do report to ED, with medication card, and they will be fast-tracked through to examination and scanning.

• Do not put dabigatran into a compliance aid.
• Take care with other prescribed medications, eg macrolide antibiotics, oral anti-fungals, NSAIDs, etc. • Counsel on OTC medicines. It’s tempting to be more complacent about potential interactions with DOACs compared with warfarin but caution is still required with the usual suspects, eg aspirin, oral or topical NSAIDs, etc.
• Report back any significant findings from discussions, to prescribing GP or practice-based pharmacist.

It is likely that patients who have switched from warfarin to a DOAC will benefit from extra care. Whilst it’s possible they may be grateful for the discontinuation of the 6-weekly blood tests, and for the somewhat shorter list of drug-drug and drug-food interactions to be aware of, there may be some unexpected drawbacks. If the switch has been to apixaban or dabigatran, then it could be a challenge to remember BD dosing,instead of once daily at 6pm.

[Although, in fairness, many of these patients are likely to be taking multiple medications, so BD dosing may not be a consideration.] Some patients interpret their INR as a confirmation that their anticoagulant has been working, and to suddenly experience the absence of regular blood tests may dent their faith in the treatment. Also some warfarin patients actually enjoy the social experience of their regular trips to the warfarin clinic, and so miss it when it’s no longer part of their regime.

These are all reasons and opportunities for the pharmacist to reassure and to reinforce the new regime.