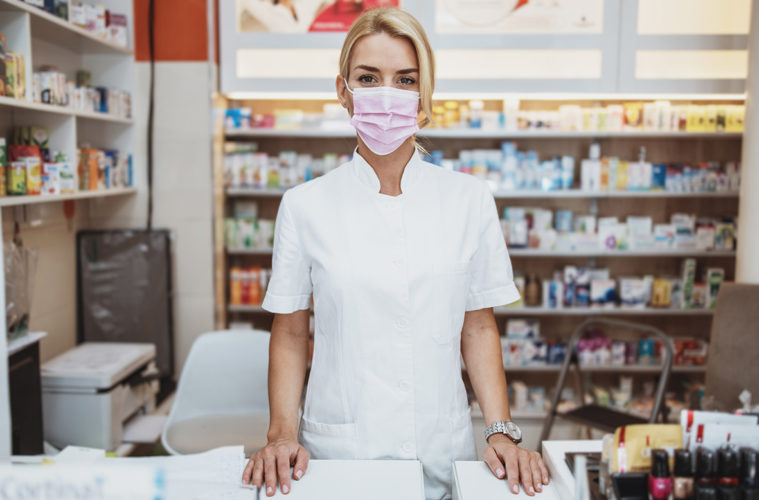 Covid isn’t the only virus doing the rounds; there are also some nasty skin viruses that can be very painful and will affect at least one in four people at some point.

Many people suffering from shingles – or the skin infection impetigo – don’t realise that they can now pop in to their local pharmacy for advice and treatment without an appointment.

Shingles is an infection of a nerve caused by the same virus as chickenpox, and around one in every four people will have at least one episode of shingles during their life.

It usually starts with pain that can range from mild to severe, followed by a rash that develops into itchy blisters that look like chickenpox, most often on the torso somewhere. Some people suffer early symptoms including headaches, burning or tingling in the affected area and may have a temperature and feel generally unwell.

Shingles can last 2-4 weeks and is generally treated with painkillers such as paracetamol and antiviral medication that the pharmacist can prescribe if necessary.

There is useful self-care advice on NHS Inform: https://www.nhsinform.scot/illnesses-and-conditions/infections-and-poisoning/shingles/#treating-shingles

While shingles often affects older people, impetigo is the most common skin condition in children.

It often starts with the appearance of red sores, usually around the nose and mouth, but other areas of the body can also be affected. The sores quickly burst leaving behind thick, large, golden crusts typically around 2cm across.

The sores aren’t painful, but they may be itchy and they should not be touched or scratched because this can spread the infection to other parts of the body, and to other people.

Other symptoms, such as a high temperature (fever) and swollen glands, are unusual but can occur in severe cases.

People with impetigo should seek urgent advice from their local pharmacist if symptoms change or get worse: while complications are rare, they can be serious.

Again, there is useful self-care advice on NHS Inform https://www.nhsinform.scot/illnesses-and-conditions/infections-and-poisoning/impetigo/#treatment

Speaking on behalf of NHS Lanarkshire, George Lindsay, Chief Pharmacist Primary Care, said: “The Pharmacy First service offers a way for local people to get treatment for a wide range of conditions that they might normally visit a nurse or doctor for – and often no appointment is necessary.

“These conditions now include common skin conditions like shingles and impetigo.”

Pharmacist Suzy Bashir, the manager of Deans Pharmacy in Newmains, said: “Community Pharmacies have been at the frontline of the NHS response through the COVID pandemic, remaining open and accessible to people without the need for an appointment.

“The Pharmacy First service helps to relieve pressure on other colleagues in the NHS. And every new service we’re able to offer such as now – treatment for common skin condition such as shingles and impetigo – allows us to play a bigger part in protecting people’s health.”

Call NHS 24 can deal with any urgent questions or concerns by dialing 111. There’s also more information on NHS Inform www.nhsinform.scot and advice at www.nhs.uk.