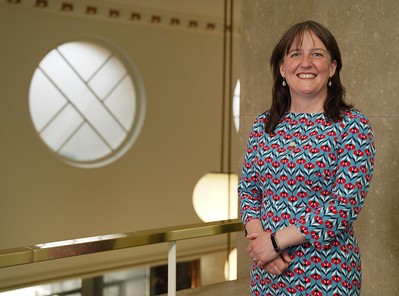 Women inappropriately excluded from screening will be offered fast-tracked appointments

The Public Health Minister has updated parliament on progress regarding a further review of women who may have been wrongly excluded from the cervical screening programme.

In response to a Government Initiated Question, Maree Todd informed MSPs of the findings of the review of women whose records indicated they may have had sub-total hysterectomies before 1997, but who were subsequently excluded from screening.

All health boards were asked to audit cases and have now written to around 174 women affected offering appointments appropriate to their individual circumstances. This includes those who need to be reinstated in the screening programme, and those who are being offered a gynaecological appointment either because their age means they are no longer eligible for screening or where it is not clear from their records whether they should still be taking part in screening. Anyone affected should have now received a letter.

The care offered to women identified by this review is the same as for those whose operations took place from 1997 onwards, which was outlined by the Minister when she informed Parliament that an urgent review of cases had been carried out. Jo’s Cervical Cancer Trust will also continue to offer support to any women who are concerned they may be affected, via their helpline services.

Ms Todd said: “We recognise the anxiety anyone receiving a letter will almost certainly feel, and we are sorry for that. It is important to stress that the risk of developing cervical cancer is extremely low – fewer than one in 100 women will develop it in their lifetimes.

“As we have stressed throughout this incident, anyone who is experiencing symptoms of cervical cancer – that is anyone experiencing unusual discharge, or bleeding after sex, between periods or after the menopause – should make an appointment with their GP practice. More information on symptoms is available on NHS Inform. I will provide a more detailed update to Parliament on this issue after recess.”