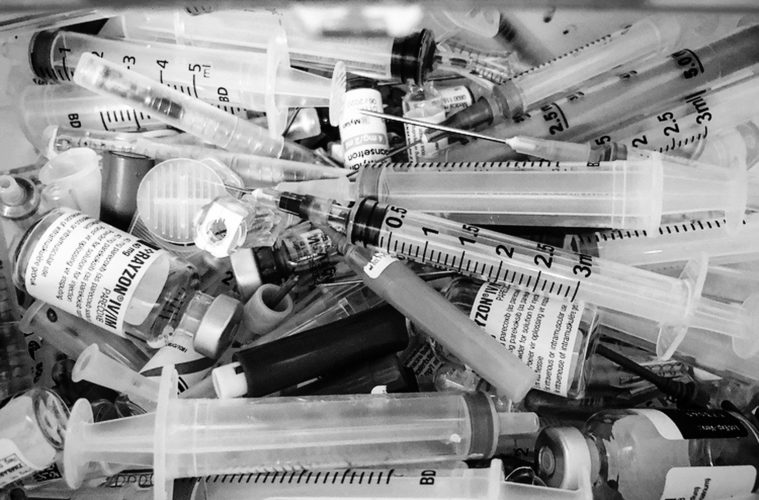 Drug deaths in Scotland have reached a new record after 1,339 people died last year from drug overdoses or the cumulative effects of years of addiction.

Statistics agency, Scottish National Registries, revealed that the figure indicated a five per cent increase in drug-related deaths recorded in 2019. Scotland continues to have the worst drug-related death rate in Europe, with 21.2 deaths per 1,000 inhabitants, more than three and a half times higher than the rest of the UK.

Sadly, this is the seventh consecutive annual increase.

The agency said that the number of drug deaths last year was 4.5 times the level recorded in 2000, and that men are 2.7 times more likely to die than women. Many died from drinking a cocktail of drugs, indeed, more than one substance was found in the bodies of 93 per cent of those who died.

Even more worrying was the fact that the average age of drug-related deaths increased from 32 to 43 years in the past 20 years, indicating that years of addiction is one of the leading causes of death.

“These figures confirm that Scotland’s national public health emergency continues,’ said David Liddell, CEO at Scottish Drugs Forum. “These deaths are personal tragedies. Families and communities are left to grieve. The trauma will be felt through generations and for years. These deaths represent a scar on the nation’s conscience and serve as a reminder of our collective failure to support vulnerable people and their families in the moments when they most needed support.

“Our collective failure to do what needs to be done to prevent people with a drug problem dying through overdose is a national disgrace. The evidence for what should be done is clear and unequivocal. While people’s lives are often complicated and challenging, their needs are clear. What works, and what needs to be improved for people in Scotland is treatment and support.

“New standards for drug treatment were published in May of this year. These should transform services – not just the processes involved but the whole culture of treatment which should empower people and give them choice and control in their lives.”

“It’s concerning,” she said, “that drug related deaths and hospital admissions continue to rise in Scotland. Many of these deaths are preventable. Pharmacists, and pharmacy teams, already play a big role in supporting and providing treatment to people who use drugs, as well as offering harm reduction services and advice. The RPS wants to build on this fantastic work by enabling them to do even more to reduce harm from drugs.

“We are calling on the Scottish Government, pharmacy organisations, contractors and members of the profession to work together to reduce harm from drugs and improve the health of people who use drugs. We are also asking for significant resource, expertise and finance to be made available.

“Scotland needs to take action to reduce its high level of drug deaths, and pharmacy is well placed to play a critical role within this.”