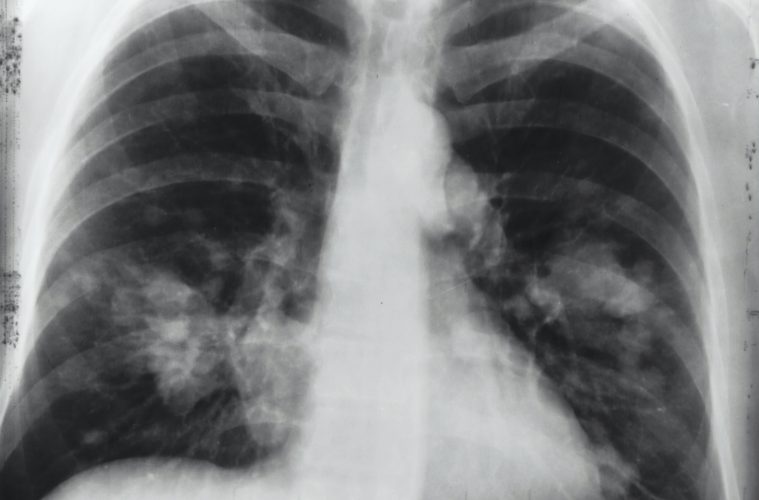 A bold Detect Cancer Early (DCE) campaign is encouraging people to contact their GP if they have a new or different persistent cough or unusual breathlessness for three weeks or more in an effort to return to pre-pandemic cancer detection levels.

These could be the early signs of lung cancer – and it’s important to get checked, especially in people over 40. While lung cancer is the most common cancer in Scotland, with around 5,500 new cases diagnosed every year, more people than ever are surviving the disease. This is down to improved treatments and more people being diagnosed earlier.

The campaign has been developed in response to Public Health Scotland’s data that show around 25% fewer lung cancers are being diagnosed now compared to pre-COVID-19. This, coupled with the fear of a potential cancer diagnosis continues to stop people acting early, when there are more treatment options available and the chance of survival is higher. The campaign, entitled ‘Settling In’, aims to empower people to take responsibility for getting any potential symptoms checked.

Since the launch of our £43m Detect Cancer Early Programme the proportion of lung cancer diagnoses at the earliest stage have increased by 43%, and by 57% in the most deprived areas of Scotland.

“More people are surviving cancer than ever before, but we know that fear of cancer is putting people off getting checked or attending screening, when invited.

“Don’t ignore early cancer signs and symptoms, and certainly don’t delay getting checked. NHS Scotland remains open during COVID-19 and your GP practice is still there for you – getting checked early is a hugely important step in finding out if you, or your loved one, needs urgent medical help.

“While it’s probably nothing to worry about, a quicker diagnosis can mean less worry. If cancer is confirmed, more treatment options are available if it’s found early.”

“If you have a sign or symptom that might be due to lung cancer, please don’t delay contacting your GP practice. During the pandemic appointments may be done by either telephone or video so when you do get in touch, please give as much information as you can. You will be asked to come in for a face-to-face appointment if we need to examine you or do some tests – measures are in place to ensure your safety.”

Top professional snooker referee, Leo Scullion, today backed the call for people worried about potential lung cancer symptoms to get checked without delay, as someone who survived the disease after seeing his GP about a persistent cough.

Leo, 63, originally from Glasgow but treated in Ayrshire, was diagnosed in July 2014 and started treatment in September 2014 which involved chemotherapy and radiotherapy. Following a period of recovery, Leo returned to the snooker circuit in 2017.  He was told his cancer was in remission in December 2019, five years after diagnosis –  the same year he reached the pinnacle of his career, officiating his first World Championship final.

“I was aware I was coughing, but it became noticeable to those around me.  I was in China for a tournament and put it down to the smog at that time, and the fact I was a smoker.  I did have other symptoms which I now know were warning signs.  I was waking up in the middle of the night with terrible sweats, and by the time I came back home, I was feeling pretty horrible. Looking back, I think I knew there was something more going on, your body just tells you.

“As soon as the results came back, I just remember saying ‘is it terminal?’ At that point my GP reassured me that there was plenty they could do.

“When I was at the sharp end and I needed help, the NHS was there for me.  If you’re worried about any unusual changes to your health, or worried about someone close to you, go and get checked.  It really is that simple.  The sooner they can find out what is wrong, the better.  I’m very grateful I went when I did.  There were times when I wondered whether I’d be back refereeing.  To be back working at a professional level, and to have my health, is tremendous.  There is life after a diagnosis, and I intend to cause havoc for the rest of it.”