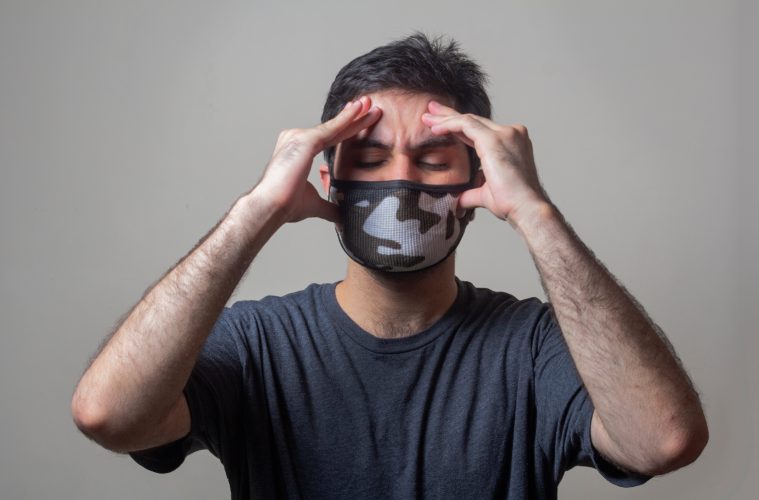 Photo by Usman Yousaf on Unsplash

The majority of people hospitalised by COVID-19 have not fully recovered months after discharge, two major studies have revealed.

Long-term symptoms were found to affect physical and mental health with many reporting a cognitive impairment – or brain fog – as well as breathlessness and disability months after discharge.

Women in middle-age are most affected by symptoms of long COVID, according to both studies, which could have implications for policy makers, say researchers.

There are more than 300,000 survivors in the UK that have been discharged from hospital following COVID-19, including 20,000 in Scotland.

Researchers from PHOSP COVID – the largest study to describe the impact on medium-term health of survivors – analysed 1077 patients who were discharged from hospital between March and November 2020 following treatment for COVID-19.

The UK-wide study, which involved Edinburgh researchers, found that seven in ten survivors did not fully recover five months after discharge and continued to experience poor health.

Furthermore, one in five of the participants reached the threshold for a new disability.

‘Less than a third of survivors described themselves as fully recovered five months after discharge from hospital,’ said Dr Nazir LoneSenior Clinical Lecturer in Critical Care, University of Edinburgh and author on the PHOSP COVID study. ‘People with severe COVID-19 disease admitted to intensive care were most likely to have ongoing symptoms. Given that over 20,000 people have been admitted with COVID-19 to hospitals in Scotland, this study highlights the need for comprehensive care for hospital survivors of COVID-19.’

The team, which included researchers from the University’s Usher and Roslin Institutes, found that each participant had an average of nine persistent symptoms.

More than 25 per cent of participants had clinically significant symptoms of anxiety and depression and twelve per cent had symptoms of post-traumatic stress disorder (PTSD) at their five-month follow-up.

The study found that white women aged around 40 to 60 and with at least two long term health conditions, such as asthma or diabetes, were most likely to have the most severe long-term symptoms.

Of the 68 per cent of participants who were working before COVID-19, almost 18 per cent were no longer working, and nearly 20 per cent experienced a health-related change in their occupational status.

A separate study, led by the International Severe Acute Respiratory and emerging Infections Consortium (ISARIC), has also revealed the toll of long COVID.

ISARIC’s Clinical Characterisation Protocol study, which involved experts from the University’s Usher Institute, showed that nearly all adults admitted to hospital experienced some degree of ongoing symptoms three months or more after the onset of their COVID-19 infection.

‘It is becoming increasingly clear that COVID-19 has profound consequences for those who survive the disease,’ said Dr Tom Drake, Clinical Research Fellow at the Usher Institute, University of Edinburgh and author on the ISARIC study. ‘It’s really important that people living with the consequences of COVID-19 get the right support they need. Governments, both in the UK and across the world, need to think about the impact this will have in the long-term and fund urgent research to find treatments for long COVID.’

The study looked at the impact of COVID-19 on the day-to-day functioning and quality of life of 327 adults from 31 hospitals around the UK who had been admitted to hospital between 5 February 2020 and 5 October 2020.

Participants were contacted between three and eleven months via telephone to document their physical and psychological health and their quality of life.

This study also showed that women were disproportionately affected. Women under the age of 50 years-old in the ISARIC study were five times less likely to report feeling fully recovered.

They were also twice as likely to report worse fatigue and were seven times more likely to be more breathless.

Younger women were more likely to have worsening difficulties or a new disability – especially relating to memory, mobility and communication but also vision, hearing and self-care – than men of the same age in the study.

‘These findings,’ said Dr Janet Scott, University of Glasgow-MRC Centre for Virus Research, lead author of the ISARIC long COVID study, ‘were present even in young, previously healthy working age adults, and were most common in younger females. The fact that women under the age of 50 are the group with the worst outcomes could have profound implications for pandemic policy decision, as well as vaccination strategy.’

They found levels of C-reactive protein – a chemical associated with inflammation – was elevated in almost all but the mildest cases five months after patients were discharged from hospital. Inflammation is known to be associated with poor recovery from illness.

Also, autoimmunity – where the immune system responds to its own healthy cells – is more common in middle-aged women, which may help to explain why Long COVID seems to be more prevalent in this group, experts say.

The authors note that the studies represent a small sample of COVID patients, and that many people living in the community who were not hospitalised could also be affected.