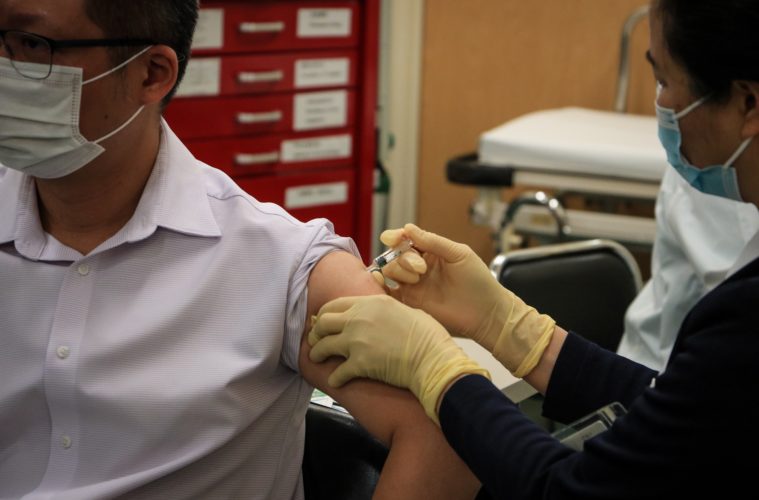 PDA encourages pharmacists and BAME patients within the community to #GetVaccinated

The Pharmacists’ Defence Association (PDA) has launched a new campaign that is calling on all pharmacists to have the COVID-19 vaccine and to help encourage their patients, family and friends, especially those in the BAME community, to do the same.

As part of the campaign, over the coming weeks, the PDA will be posting videos to their social media sites (Facebook, Twitter, Instagram, LinkedIn) from pharmacists across the UK that have had the vaccine and would like to encourage others to stay safe by getting vaccinated too.

The PDA is also supporting the NHS campaign to dispel COVID-19 vaccine myths and to tackle the hesitancy of those in the BAME communities to get vaccinated.

Last week, England’s Deputy Chief Medical Officer, Professor Jonathan Van-Tam, said it “really concerns” him that fewer BAME people may choose to get the COVID-19 vaccine and he was worried about the impact of the fake news that is being circulated online.

Professor Jonathan Van-Tam went on to say, he believes “the vast majority of people in the UK would prefer to take their advice on vaccines from trusted sources rather than from some of the nonsense that is circulated on social media.”

“We are calling on our members to not only stay safe by getting the COVID-19 vaccine but to also talk to their patients in the local community and those who know and trust them, to help dispel the COVID-19 vaccine myths,” said Collette Bradford, Director of Organising and Engagement at the PDA.

Collette continued: “The PDA #GetVaccinated campaign is such an important campaign for pharmacists to be involved in, the videos are a powerful way to show people that many health care professionals have already had the vaccine. They know that by having it, they are protecting themselves and their loved ones.”

Sherifat Muhammad Kamal, Vice President of the PDA BAME Network, said: “COVID-19 vaccine hesitancy and the impact on its uptake by the BAME community is of great concern. As pharmacists, we can all help inform and educate our patients as to why they should get vaccinated.”

On Sunday, it was reported that Prince Charles has also joined the campaign to overcome the BAME communities’ mistrust of the COVID-19 vaccine. Prince Charles, Royal Founding Patron of the British Asian Trust, will tomorrow (Thursday 18 February) deliver opening remarks for a ‘COVID-19 Vaccine – Facts for the BAME community’ webinar being led by the British Asian Trust. Nadhim Zahawi MP, Minister for COVID Vaccine Deployment and Minister for Business & Industry will also be taking part in the webinar.

Prince Charles, who received his first vaccine last week, has been reported to be urging people to “ignore “nonsense” anti-vaccine propaganda.”

Last month, British Asian celebrities including comedians Romesh Ranganathan and Meera Syal, and cricketer Moeen Ali made a video urging people to get the vaccine and dispelling some of the myths. Mayor of London Sadiq Khan and former Conservative Party Chairman Baroness Warsi were also among those that took part.

The launch of the #GetVaccinated campaign comes just two weeks after the launch of the PDA’s “A Thousand Little Ships”, which is a proposal to maximise the NHS vaccination capacity when demand dramatically increases once the second doses begin.

The PDA has urged the government and the NHS to integrate over 13,500 community pharmacies into the vaccination programme to ensure that there is capacity in the system when more groups are needing to be vaccinated as prioritised by the JCVI.

For more information on how to get involved in the campaign, visit the PDA website.

Videos for the #GetVaccinated campaign can be found on the PDA’s YouTube Channel. Further videos will be added over the next few weeks.