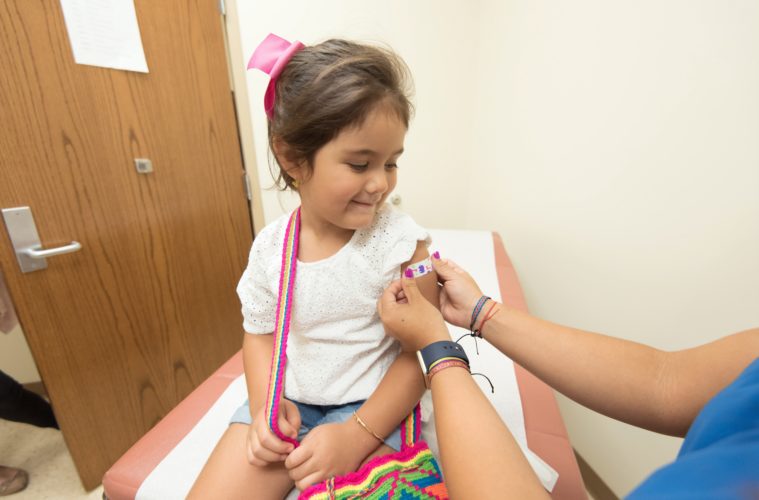 The last publication of immunisation statistics for children and young people show that these routine immunisation programmes in the Borders are some of the best in the country.

Around 97 per cent of Borders children aged between four and six years old have received their MMR 1, MMR2 and four in one vaccinations through the Primary and Booster Immunisation Programme.

For young people the Teenage Booster Immunisation Programme has provided 88 per cent of S4 pupils in the Borders with their Td/IPV vaccine, which provides protection against tetanus, diphtheria and polio, compared to the national average of 86.7 per cent. In the year from S3 to S4 there was almost a nine percentage point increase of vaccine uptake in Borders young people, which is almost double that of the national average.

Similarly, the Borders uptake rates for the HPV (human papillomavirus) immunisation amongst all S1 pupils is not only higher than the national average, but is one of the best in the country. By the time students reach S4, over 90 per cent of female pupils in the Borders have received both doses of their HPV immunisation, which is more than three percentage points higher than the national average.

Tim Patterson, Director of Public Health at NHS Borders, said: “Our immunisation programmes for children and young people in the Borders have been very successful thanks to our dedicated Immunisation Team who work well with colleagues in education to encourage these high vaccination uptake rates.

“High uptake rates like these help to provide valuable protection for children and young people against many infections. Some of these infections can cause medical complications and lead to life-changing permanent conditions such as paralysis or even be fatal.

“Vaccinations also offer protection against serious conditions in later life such as throat and cervical cancers. We would encourage parents and guardians to ensure that their child or young person has all their vaccinations up-to-date. You can find more information about which vaccines should be given at different ages on the NHS Inform website.”

Source: Photo by CDC on Unsplash