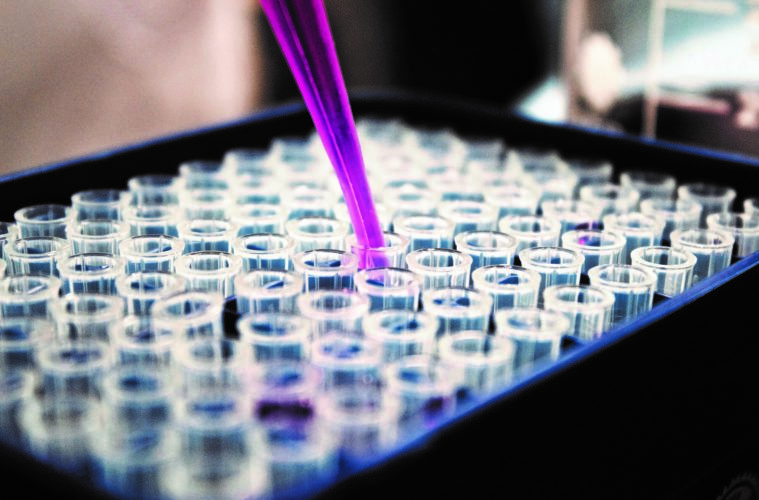 WITH THE ANNOUNCEMENT THAT THE PFIZER VACCINE HAS BEEN APPROVED FOR USE IN THE UNITED KINGDOM, SP LOOKS AT THE CURRENT STATE OF PLAY FOR OTHER VACCINES IN THE PIPELINE….

The news that the first COVID-19 vaccine for the UK, developed by Pfizer/BioNTech, has been given approval for use, brings to an end the ‘race’ that many pharmaceutical companies have been taking part in for the last year.

Around the world, researchers have been testing 48 vaccines in clinical trials on humans, with another 140 or so preclinical vaccines under active investigation in animals according to World Health Organisation.

Until approval of the Pfizer/BioNTech vaccine was granted by the Medicines and Healthcare products Regulatory Agency (MHRA), it had been thought that the vaccine being developed by researchers at Oxford University, in conjunction with Astra Zeneca, was the front runner.

While vaccines usually require years     of research and testing before reaching patients, however, scientists had been racing to produce a safe and effective coronavirus vaccine as quickly as possible.

While the need for a vaccine had become increasingly urgent, with more than 40 million global cases and deaths showing no signs of abating, many healthcare professionals contacted by SP stated that that,  even if a vaccine was made available, they would be reluctant to take it, given the speed at which it has    been produced.

Work on the chickenpox vaccination, for example, began in 1954, but the development of a live attenuated varicella vaccine didn’t occur until the 1970s in Japan and wasn’t licensed for use in the United States until March 1995.

When it comes to the flu vaccination, it took Thomas Francis Jr, MD and Jonas Salk, MD five years to develop the first inactivated influenza vaccine licensed for use in civilians.

Dr Salk was also involved in the development of the first polio vaccine: a vaccine, which was to prove calamitous. On 12 April 1955, Thomas Francis Jr, MD (a scientist with extensive experience with influenza vaccines) and his colleagues announced the results of the Salk poliovirus vaccine trial. The vaccine, they said, was 80-90 per cent effective against paralytic polio.

The United States government licensed Salk’s vaccine later the same day – 12 April 1955 – and there was immediate widespread use of the vaccine. Less than a month later, however, Leonard Scheele, MD, the US Surgeon General, suspended the polio vaccination programme in order to investigate the safety of all six manufacturers’ vaccine. Dr Scheele’s review concluded that eleven people had died from the vaccine and that hundreds were paralysed. The cause of the disaster was never actually proven, but it is thought that certain production methods, which had not followed Dr Salk’s instructions, had resulted in a failure to completely kill the Type 1 (Mahoney) poliovirus in the vaccine.

The phases of vaccine clinical trials

Before looking at some of the examples of the vaccine clinical trials that are currently in the ‘race’ to success, it’s important to understand the various phases of such trials.

In this phase, a vaccine is given to a small number of people – usually between 20-100. At this stage researchers are attempting to determine the safety and dosage of the vaccine, as well as assessing what – if any – immune response occurs after the vaccine is administered.

In Phase II, the vaccine is administered to a larger cohort of individuals – perhaps several hundred. This cohort is separated into different groups – different age ranges, for example – in an attempt to determine whether the vaccine elicits a different response from different sections of the population. As in Phase I, researchers also look for further validation of both the vaccine’s safety and its ability to stimulate an immune response.

By this stage, thousands of people will be taking part in the trial. By now, the sample is randomised into those who are receiving the actual vaccine, and those receiving a placebo. The results for each group are compared to ascertain which group has the better response. A Phase III clinical trial is always required prior to a vaccine being available for use by the public.

Once Phase III trials are complete, regulators in each country review the trial results and decide whether or not to approve the vaccine. Once a vaccine is licensed for use, researchers continue to monitor people who receive it to ensure that it is both safe and effective. Having said that, during a pandemic, a vaccine may receive emergency use authorisation without having formal approval.

China and Russia, for example have already approved vaccines without waiting for the results of Phase III trials, and experts have – perhaps unsurprisingly – said that the rushed process carried serious risks.

The current state of play

Work on a coronavirus vaccine began in January of this year with the deciphering of the SARS-CoV-2 genome, with the first vaccine safety trials starting in March.

At the time of going to print, the University of Oxford, in collaboration with AstraZeneca, had announced interim trial data from its Phase III trials, showing that its candidate vaccine, ChAdOx1 nCoV-2019, is effective at preventing COVID-19 (SARS-CoV-2) and offers a high level of protection.

‘The Phase III interim analysis including 131 Covid-19 cases indicates that the vaccine is 70.4 per cent effective when combining data from two dosing regimens,’ the university said in a statement. ‘In the two different dose regimens vaccine efficacy was 90 per cent in one and 62 per cent in the other. Crucially, the vaccine can be easily administered in existing healthcare systems, stored at ‘fridge temperature’ (2-8 °C) and distributed using existing logistics.

‘These findings,’ said Professor Andrew Pollard, Director of the Oxford Vaccine Group and Chief Investigator of the Oxford Vaccine Trial, ‘show that we have an effective vaccine that will save many lives. Excitingly, we’ve found that one of our dosing regimens may be around 90 per cent effective and if this dosing regimen is used, more people could be vaccinated with planned vaccine supply.’

Developed by CanSino Biologics Inc and the Beijing Institute of Biotechnology, Ad5-nCoV entered human clinical trials in March based on positive preliminary safety data from animal models. Results from the Phase II trial, which were published in The Lancet on July 20, demonstrated that two different doses of the administered vaccine had produced significant neutralising antibody responses against SARS-CoV-2, and that there had been no serious adverse reactions documented. The findings led the research team to conclude that they supported the testing of the vaccine in a Phase III effectiveness trial in healthy adults.

Developed by Moscow’s Gamaleya Institute is an adenovirus-based vaccine – as is the virus being tested at the University of Oxford. The Russian version entered a Phase I trial in June of this year, with 38 healthy participants recruited to evaluate its safety and immunogenicity. While, according to the National Institutes of Health’s clinical trials study record, this trial is still ongoing, the Russian media reported on August 1 that the Russian Health Minister, Mikhail Murashko, had declared that the clinical trials were over and that the ‘paperwork is underway for the vaccine’s registration’. To date there has been no scientific data published regarding Gam-COVID-Vac.

Developed by Moderna Inc, the mRNA-1273 is a messenger RNA (mRNA) vaccine that produces viral proteins in the body. Although the candidate vaccine is still in Phase III trials, Moderna recently announced that the company was in discussion with the Ministry of Health, Labour and Welfare of Japan with regard to the potential purchase of 40+ million doses of mRNA-1273 to vaccinate the public as soon as possible.

‘These positive Phase I data are encouraging and represent an important step forward in the clinical development of mRNA-1273, our vaccine candidate against COVID-19,’ Stéphane Bancel, Moderna’s Chief Executive Officer, said in a press release, ‘and we thank the NIH for their ongoing collaboration. The Moderna team continues to focus on starting our Phase III study this month and, if successful, filing a BLA.’

CoronaVac, an inactivated SARS-CoV-2 vaccine, which was developed by the Chinese company Sinovac Biotech, is also heading towards Phase III clinical trials in China and Brazil. The move is the result of positive preliminary results from a combined Phase I/II trial, which involved 743 participants. The results showed that there were no severe adverse effects observed in the preliminary trials and that immune responses were produced.

‘Our Phase I/II study,’ said Weidong Yin, Chairman, President and CEO of Sinovac, ‘shows CoronaVac is safe and can induce an immune response. Concluding our Phase I/II clinical studies with these encouraging  results is another significant  milestone we have achieved in the fight against COVID-19.’

Pharmaceutical company Pfizer’s collaboration with the German company, BioNTech, has proven to be highly successful in that it has become the first COVID-19 vaccine to be approved for use. The vaccine, which was approved by the  Medicines and Healthcare products Regulatory Agency (MHRA) on 1 December, will now be rolled out across the United Kingdom.

The vaccine has yet to gain authorisation in the United States,  but the Trump administration has already awarded a $1.9 billion contract for 100 million doses to be delivered by the end of December, with a further option to acquire 500 million more doses.

Japan, meanwhile, has ordered 120 million doses, with the European Union announcing plans to       purchase 200 million doses. Pfizer and BioNTech have also announced that they plan to manufacture more than 1.3 billion doses by the end of next year.

Now that the ‘race’ to find the first vaccine is over – at least in the United Kingdom – and with approval of the Pfizer/BioNTech vaccine pending around the world – in addition to the other vaccines, which are already showing positive results – people around the world can cling on to something positive in extremely challenging times. How many will choose to take up the option – once it is available – remains, however, to be seen.