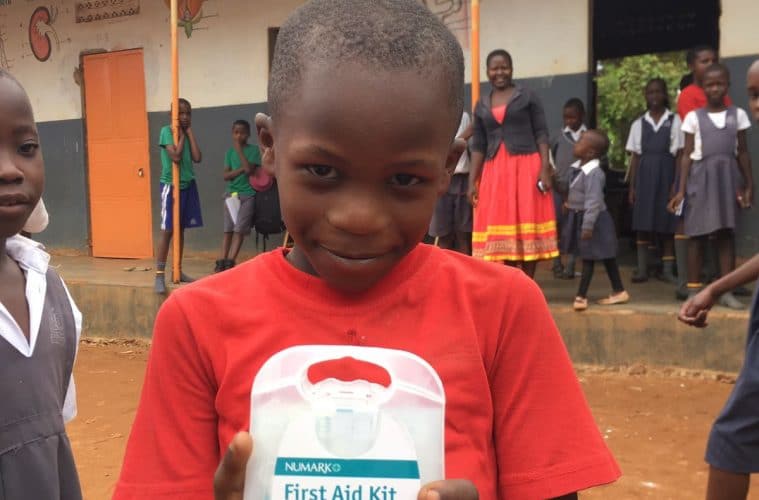 Numark have donated over 2,500 of their first aid kits to charity.  With thanks to Numark member Christine Tomlinson owner of Nash pharmacy in Bolton and her son Krishnan the people in Garuga, Uganda have access to first aid supplies.

Christine and her family are dedicated to the charity work they do for the less fortunate. During a monthly phone call with the Numark telesales team, Christine mentioned her son was on his way to Uganda and asked if we had any products to support people in need.  We were delighted to be able to donate stock of our first aid kits to the people of Garuga as we knew it was going to a great cause and would help a lot of people in the process.

“My son Krishnan showed interest in charity work early in 2017, as a family we have supported him every step of the way, his efforts include providing clothes, shoes, food and stationary. PHOENIX has also supported my son’s charity work by providing a range of products which have gone on to help lots of people. This time, my son wanted to fundraise his charity Road2Uganda to support the people of Garuga.

“Krishnan started fundraising to push himself to do more for good causes and also help build a school for children. He started by running the distance of four marathons in four days. In total, the Road2Uganda marathon was 115 miles long where all proceeds went to building a junior school to educate over 140 children per term. As every mother would, I was with him through the marathon providing essentials such as bandages, much needed fluids and of course moral support.

“The first aid kits have gone to a great cause where many young people in need have benefited. Thank you to Numark for supporting such a great cause.”

“In these times of great uncertainty of uproot and turmoil across many of the poorest regions of the world, it is more important than ever that we look out for others and do all we can to help our fellow humans.”- Krishnan

We want to thank Christine and her family for allowing us to be part of such as great cause. 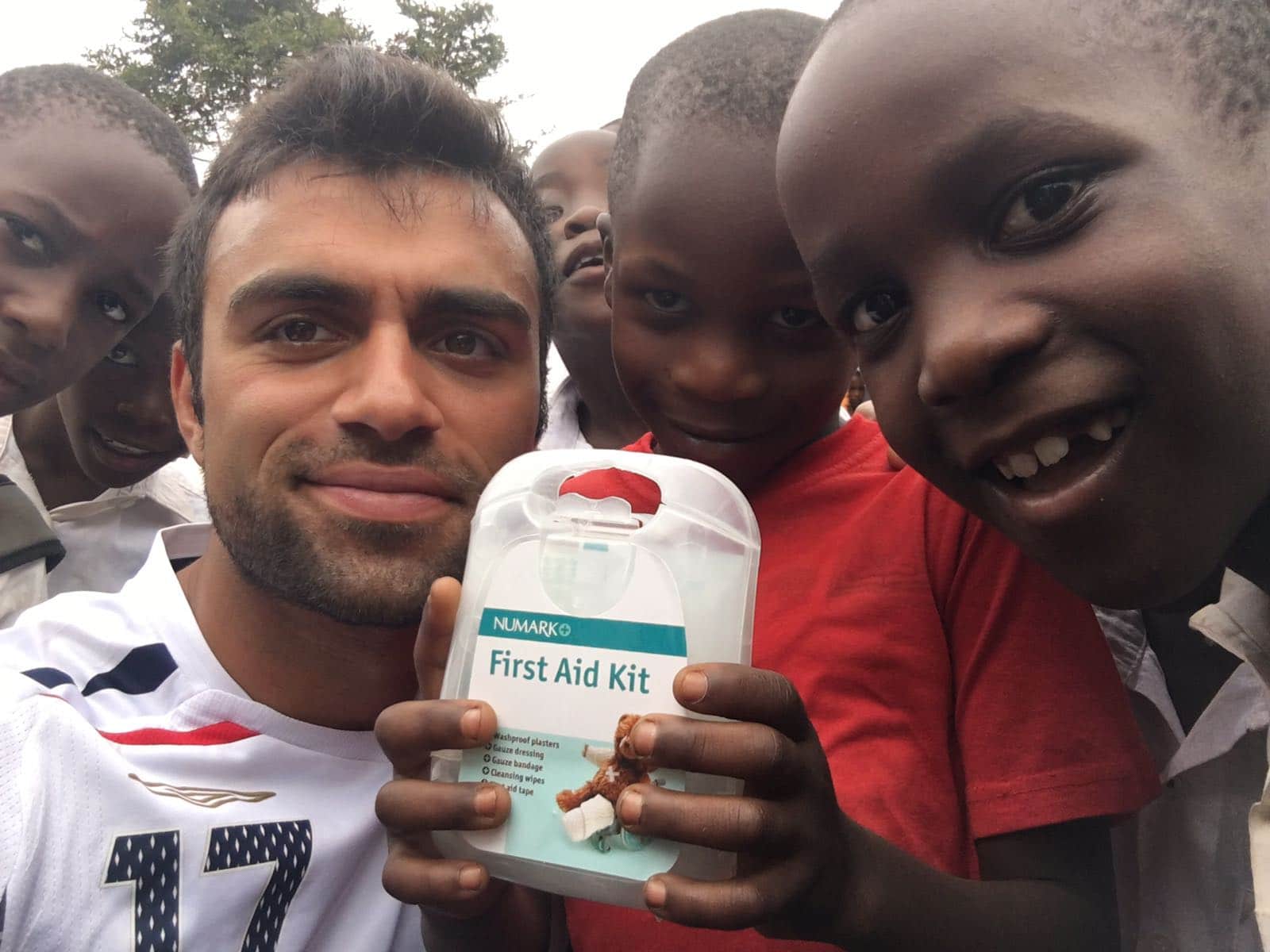 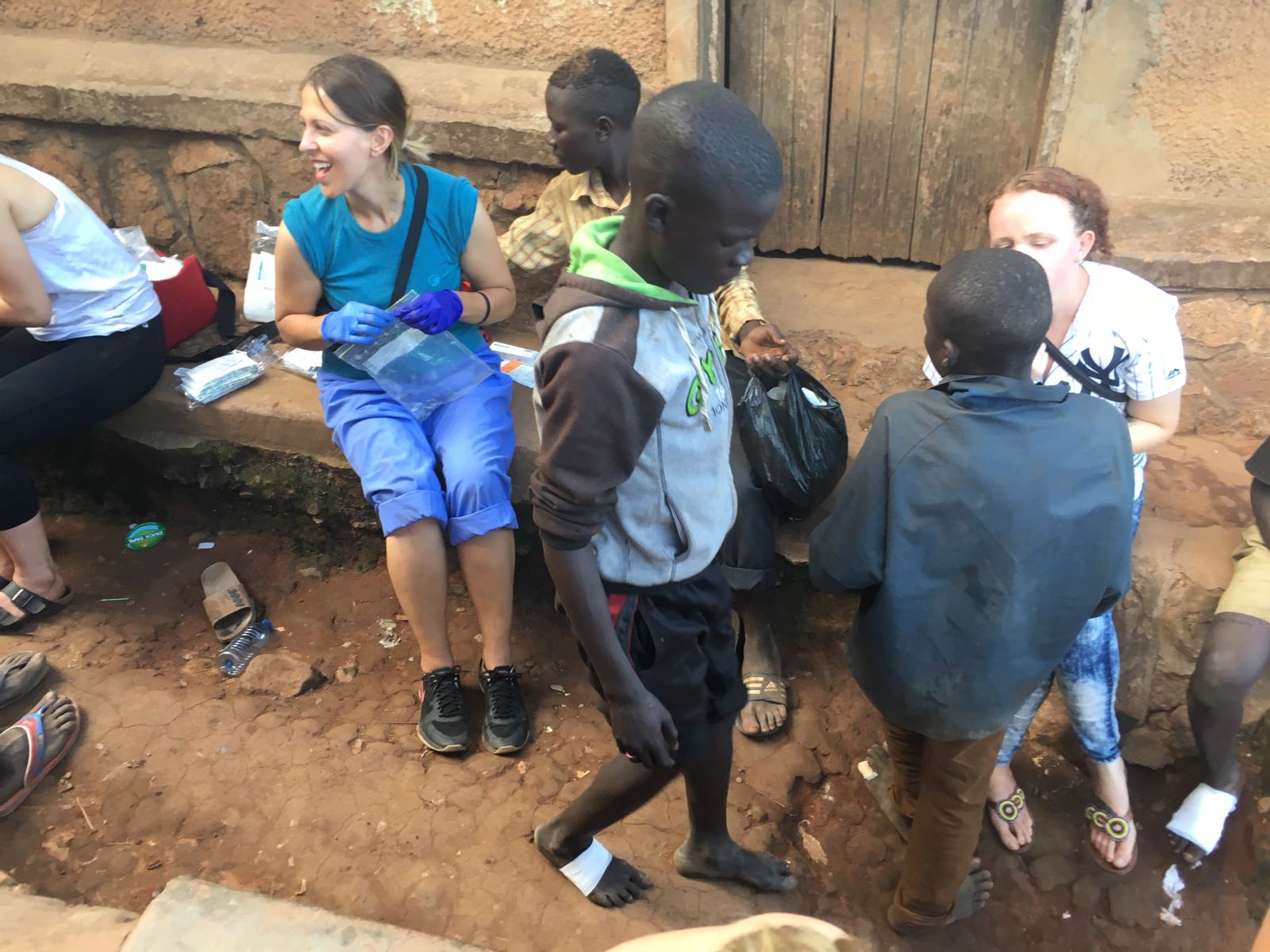